The History of Natural Rubber 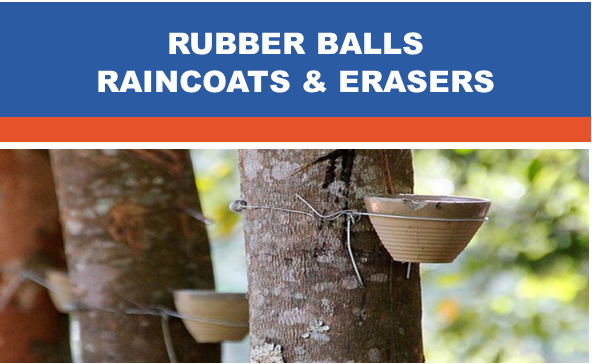 Natural rubber has been used for thousands of years. Europeans saw it for the first time in the 16th century when Spanish Explorer, Hernan Cortes landed on the East Coast of Mexico 1519.

Small amounts of rubber found their way back to Europe. One of the first records was from a shop in London, where three shillings would buy you a half-inch cube for the use of erasing or rubbing out pencil marks, hence the name ‘rubber’.

The material remained something of a curiosity until the middle 1800s. In 1842 Charles Goodyear patented the process known as Vulcanisation.

Before then rubber was used as an eraser or as a waterproofing agent. The specialists in that business were the MacIntosh company in Scotland. But the coated material used started to smell and became sticky hot conditions.

Goodyear re-discovered the secret of the Aztecs: how to make rubber hard and durable. The ancient South Americans used the sap of a local vine to convert the rubber from soft and squishy to robust and durable.

By the mid-1880s the discovery had triggered a rubber boom, with the Amazon at the centre.

As the industrial revolution accelerated across Europe and engineers needed a material to seal steam cylinders and manufacture tires, shoes and other products, demand for rubber became almost insatiable, with attractive profit margins.

In 1876 Sir Henry Wickham, a young British adventurer sailed out of a Brazilian port with 70,000 seeds of the rubber tree (Hevea Brasiliensis). He arrived back in the UK and under the care of specialists at Kew Gardens some seeds germinated and grew to maturity. Rubber trees were then shipped to Sri Lanka and Singapore to mature.

The Brazilian industry was later plagued by leaf blight which would rapidly pass from tree to tree of these dense plantations. Because the blight is not apparent in Asia, the current rubber plantation industry still thrives in these areas today.

Look out for the Synthetic Rubber sequel…