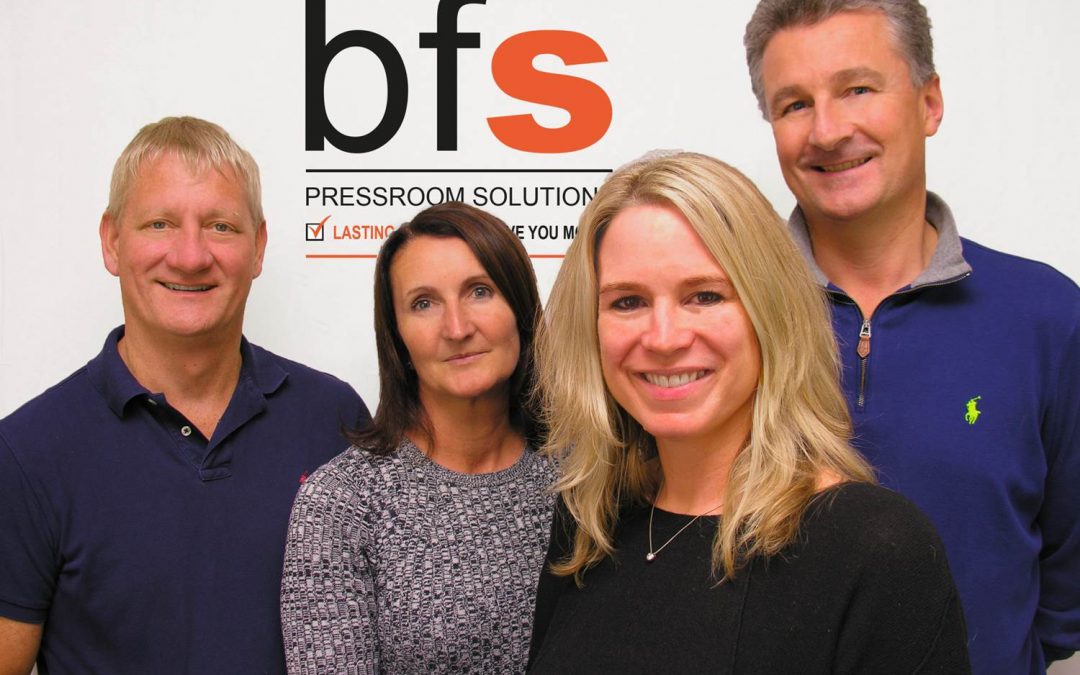 In December 1986,  John and Carol Hope, husband and wife, set up Business Forms Services from a tiny premises in Reading. Known simply as bfs, it sold Rollin printing blankets to business forms and envelope printers. Their son, Robin Hope, joined his parents in the business a year later, followed eventually by their daughter and son in law as well as Robin’s wife.

The company grew and diversified expanding its customer base to include heatset, coldset, sheetfed and packaging. In 1999 the company rebranded as BFS Pressroom Solutions to better reflect its evolved position within the printing industry.

In 2002 BFS acquired an ink mixing business in the South East and in 2007 acquired a rubber roller factory in Suffolk. Both premises were soon outgrown and bigger premises sought. 2008 saw another defining moment when BFS became the sole licensee for Westland Rollers in the UK.